The Beginnings of Salem 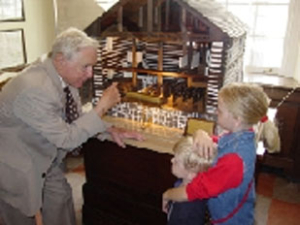 In 1787, German immigrants both Lutheran and Reformed, asked John Harris, the founder of Harrisburg, for land to build a church. He granted them Lot No. 187, at the corner of Third and Chestnut Streets. For several years, the congregations worshipped together, first under a Lutheran pastor and then for six years under a German Reformed pastor. While they shared pastors, they preserved their own creeds and organizational structure.

In 1820, a young pastor named John Winebrenner came to Salem. During his time in seminary, the revivalist movement within the German Reformed Church had made a profound impact upon Winebrenner. His resulting convictions and practices, especially of conversion meetings, soon put him at odds with the Salem membership. Winebrenner left Salem in 1823 to start the Church of God.

In 1791, Salem formed a Sunday School which met in the log church. The school later expanded to offer broader instruction, becoming an academy for boys in 1835. Some years later, in 1851, an African American school leased space for their educational purposes.

Due to the condition of the log church, the congregation built a lecture hall in 1854. Located behind the church, this space offered a parochial school for both sexes, including religion and music classes. It also hosted concerts and mission events. During the Civil War, the church responded to the need for soldier’s housing by making the hall available. It then converted the space to a hospital for wounded soldiers.

The present sanctuary  was completed and dedicated in 1821, and the addition of the Sunday School Annex was completed in 1897. During the widening of Chestnut Street in 1964, the congregation replaced the three front doors with windows and relocated doors to each side of the church.

Along with major renovations in 1908, the decision was made to move the balconies in the sanctuary from the sides to the back of the room. The taller beige and green windows replaced the original blue and red windows to give more light.

Each of the current sanctuary windows contains a symbol of faith crowning its top. On the right, from the front, is a sheaf of wheat (communion bread), CHI RHO (letters of Christ’s name), a crown (King of kings), and the symbol for Omega (Jesus is the beginning, Alpha, and the end, Omega.)

On the left windows, from the front, is a bunch of grapes (communion wine), HIS (Latin for Jesus), a lamp (Christ is all knowledge) and the symbol for Alpha.

The stained glass windows now in the chapel were originally behind the altar in the sanctuary. A remodeling project at the turn of the century necessitated their removal and they were stored safely in the church basement. Decades later, in 2020, the congregation voted to restore the windows and rehang them in the chapel.

Photos of the Alpha and Omega symbols are below. The photo on the far right is of the original window which hung behind the altar and is now in the chapel. 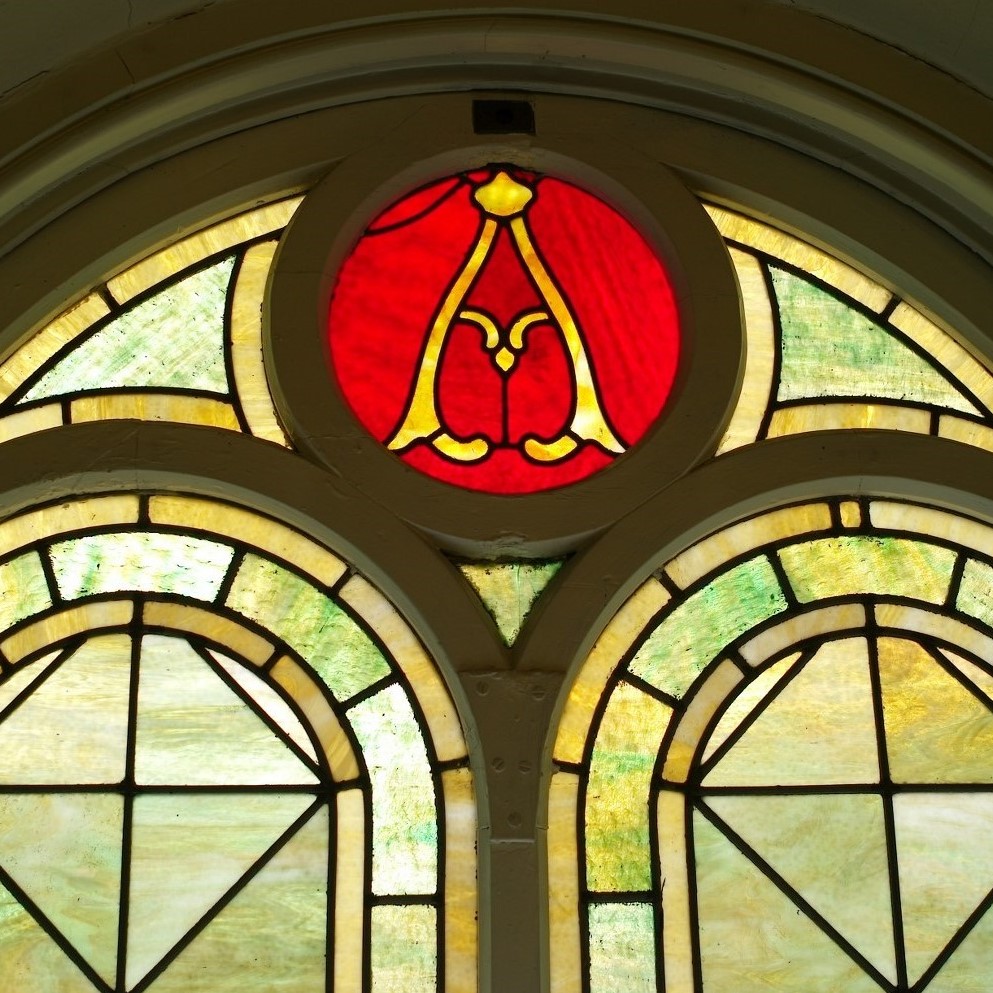 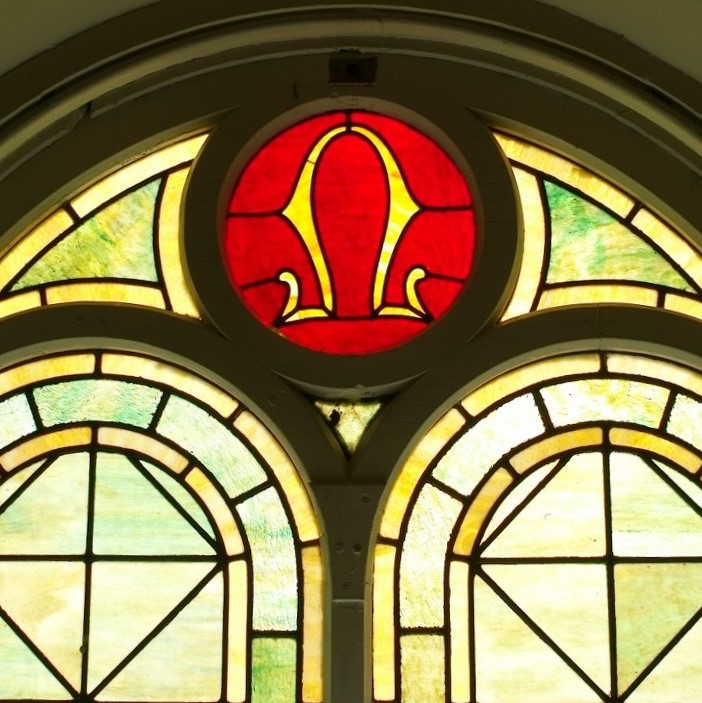 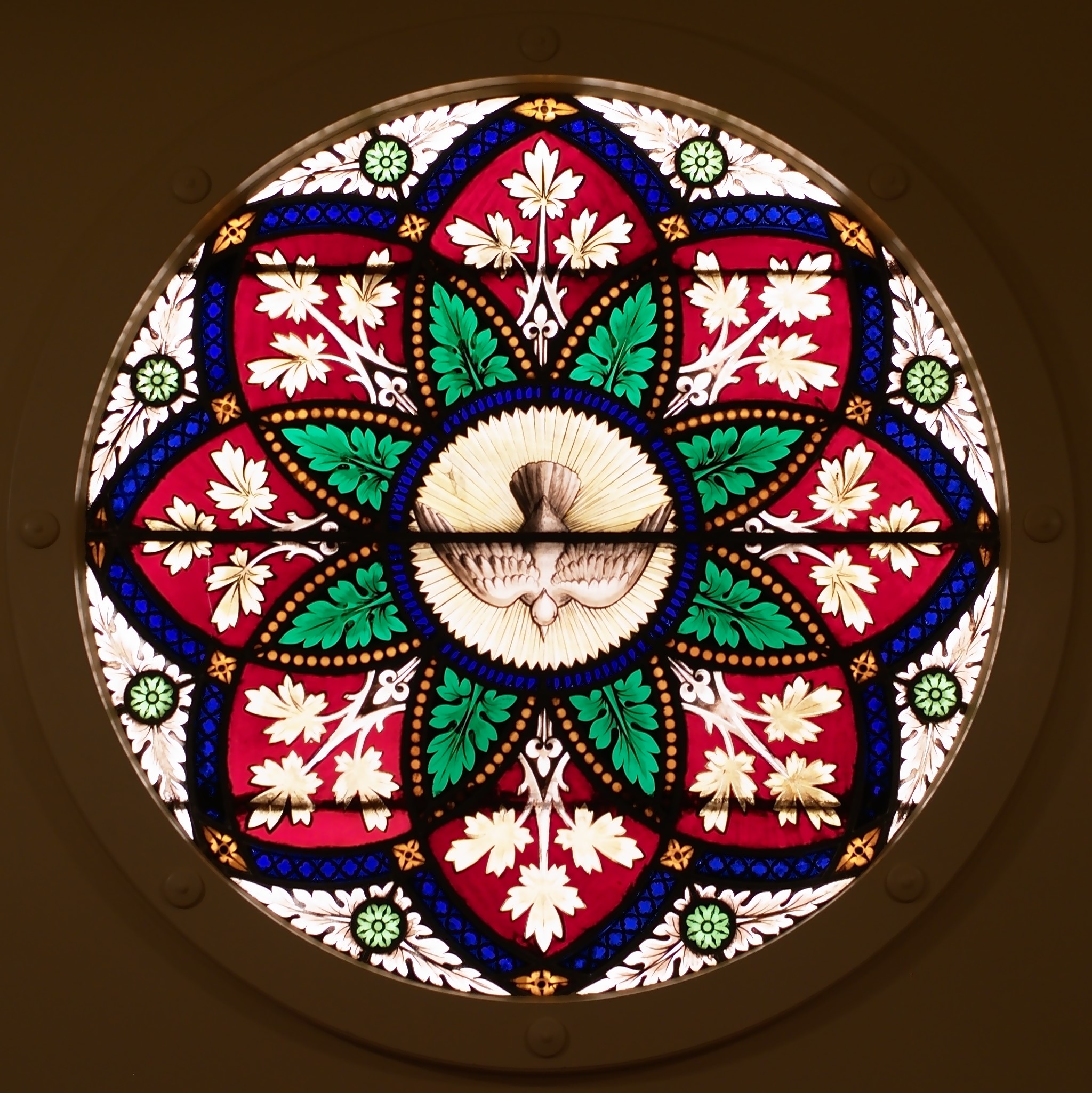 In 1929, a 3-manual pipe organ with chimes was given to the church by the John Kraft and Emma Hostetter Bowman Memorial. The organ was rebuilt and modernized in 1960.

The congregation commissioned the bell in the Salem bell tower from the Whitechapel Bell Company in London. The same foundry cast the Liberty Bell, along with bells for churches and cathedrals around the world. Cast by T. Mears, the inscription reads:

May all whom I may summon to the grave
The blessing of a well-spent life receive.

The bell, which sounded as President Lincoln’s funeral train traveled through Harrisburg, still rings daily at noon and 6 p.m. 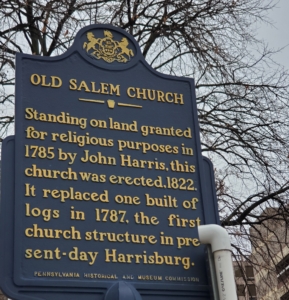 Salem church is on the National Register of Historic Places and is listed as a historical site by the Commonwealth of Pennsylvania.

The Pennsylvania State Historical Commission placed a historic marker in front of the church in 1969.